Maintaining healthy gums is not only paramount to exhibiting aesthetically-pleasing personal qualities such as a nice smile but also may have far reaching consequences in determining an individual’s overall health and well-being in both the near and distant future. This short article will highlight several ways in which the gums can impact general bodily health. Remember, our Port Washington dentist office specializes in oral care and gum health. Be sure to schedule your annual checkup with one of our dentists today for a full screening on gum health!

Failure to regularly perform oral care maintenance actions like tooth brushing, utilizing floss to remove food and other particles that may collect between the teeth and receiving regular and thorough dental and periodontal checkups can precipitate two types of gum infections known respectively as gingivitis and periodontitis. Though considered a mild oral malady, gingivitis can elicit several bothersome symptoms such as gums that are swollen, red, sensitive and easily susceptible to bleeding. Should this disease not be adequately managed, it could be the harbinger of the more serious oral ailment periodontitis, which precipitates more painful manifestations of the symptoms associated with gingivitis and can eventually lead to tooth loss.

Nutritional Intake and the Impact on Your Gums

Should gum disease progress, a stricken individual might notice pain while eating and drinking or may find performing actions like chewing difficult. In instances where he or she has experienced a significant degree of tooth loss, consuming certain foods altogether might be challenging. Prolonged eating challenges might precipitate problems that could one day manifest in a host of nutritional deficiencies and other diseases.

People with gum disease often have an increased concentration of bacteria circulating throughout their mouths. In some cases, especially in individuals with weakened immune systems, this bacteria can spread beyond the mouth, enter the bloodstream and potentially cause infection to a vital organ or bodily region.

Scientific studies conducted have shown the bacteria that enters the bloodstream via the oral route may also precipitate inflammation, or swelling in the areas of the body in which it collects. One region these microbial organisms are believed to collect is in and around the blood vessels in the heart. Eventually, this process could lead to atherosclerosis, or a hardening of the arteries, which may contribute to heart attacks and interrupted circulation.

Diabetes May be Prevented

Other scientific research has concluded that uncontrolled blood sugar may lead to oral maladies. Diabetes typically causes a thickening of the blood vessels which can result in a decrease in the body’s ability to eliminate waste products such as the plaque and bacteria that builds up on teeth.

Poor oral care is also believed to potentially contribute to other medical conditions such as premature birth, respiratory ailments, and low birth-weight in infants born to stricken mothers.

How Gum Disease Can Be Avoided

The best way to avoid oral maladies is to devote significant attention to maintaining oral care. Most dentists recommend brushing of the teeth at least several times per day and flossing after each meal. In addition, dentists and periodontists recommend that their patients receive routine oral and periodontal checkups. However, should any significant dental or periodontal malady develop, patients might need to prevent the spread of such ailments by undergoing more aggressive forms of non-surgical gum treatments such as gum laser treatments. 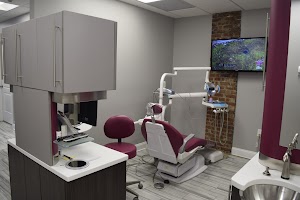 thomas blair
01:12 06 Mar 20
I've never had a bad experience here. Everyone is always very upbeat and professional. They always make you feel special the entire time you're there.read more

Michael Perlow
18:19 20 Feb 20
These dentists are unbelievably great. No one really loves going to the dentist. We all know that. The staff there made me feel like family and put my mind at ease during a very difficult issue. I walked in with a last minute appointment towards the end of the day sporting a nice new chip in my front upper tooth. I imagined i was going to loose the tooth or be in for some serious dental bills. The office manager and the dentist assured me this hole in my front tooth was no big deal. The staff set me up in a chair with a TV remote, and a glass of water. Within an hour they had provided a filling that is completely invisible. The staff there couldn’t find the filling when they were finished polishing the filling. Thank you again. Your staff sent me off with a big smile. Unless you have a family member who is a dentist, don’t go anywhere else!!!read more

Misuk Park
14:11 14 Feb 20
The staff at 3vDental are simply amazing. From the moment you walk in you are greeted with friendly faces and warm smiles. Dr. Kellerman was very accommodating and managed to alleviate my worries in no time! I can't wait to bring my daughter. High Recommend! A+read more

Matthew Anderson
00:48 31 Dec 19
3V Dental Rocks! They are hands down best Dentist on long island with the nicest most courteous and polite staff ever. Thank you for making my smile look and feel so good !read more

Moez Patel
01:05 12 Dec 19
Had a chipped tooth they took me in same day great experience wonderful staff highly recommend them.

Thomas Wigfall Jr
21:41 18 Nov 19
An excellent group of people very professional and kind I will definitely refer in my travels to friends and family what great service you offer, and thanks again 🤗read more

Carengary Koslow
19:21 14 Nov 19
I am so pleased that I switched from my former dentist to this practice. Dr Kellerman-Volk is caring, warm & professional. The atmosphere at the practice is efficient yet relaxed. All the staff are a pleasure to interact with. I highly recommend this dental office!read more

Stacey Owens
02:00 02 Nov 19
This Dental place is very professional and caring. I came here on Halloween to have a cracked tooth evaluated. I was told that I needed a root canal. The service was great and everything went smoothly. Dr. Volk is patient and kind. A couple of hours after arriving home, I received a call from the receptionist. She called and asked how I was feeling? I thought that was amazing! I totally recommend this place for anyone who needs a dentist.read more

Eugene Listrovoy
12:46 21 Oct 19
I’ve been with Dr. Volk for quite some time now. He is one of the best in the field in my opinion. He truly cares about his patients. Recently I had an emergency, 3v took me without questions, Dr. Volk gave me his verdict within 10 minutes and I was on my way to an appointment with oral surgeon that Volk arranged for me. How about that?! Oh yes, one more thing: he didn’t charge me for that. Thank you!read more

natia match
23:00 03 Oct 19
They are number 1 in dentistry and definitely number 1 in my heart .......and teeth. Dr. Volk and Dr.Kellerman are very professional and honestly do an amazing job! Ps: they always have snacks.read more

Wing Ng
16:01 26 Sep 19
Awesome dental facility. No wait time and always able to accomodate my fluctuating schedule. Will be bringing my entire family to them for all of our dental needs.read more

Irene Stepensky
01:39 17 Aug 19
This is the best dental place ever! Dr. Kellerman and Dr. Volk are very knowledgeable and know exactly what they are doing. My sister and I came in and we both felt comfortable and left super happy.read more

lauren stepensky
01:36 17 Aug 19
Never been happier or more taken care of by dentists!! I have a huge fear of going to the dentist and Dr. Kellerman and Volk have made those fears disappear! They are so careful and just great at what they do I wouldn’t trust anyone else with my teethread more

Patricia Dina
22:30 15 Jul 19
Am evaluating my first appointment at this Dental practice one week ago. The whole experience from walking in the door to leaving after Dr. Irina examined my xrays and teeth was superlative. Excellent hygienist Zeena, welcoming Reception staff, etc. And the office design is relaxing and contemporary. I actually look forward to my follow-up appointment. 👍🏻🙂read more

Mika Kim
23:41 02 Jul 19
Everyone is very sweet and Dr. Irina is so nice and skilled. The office is modern and spotless! Highly recommend!!!

Sabina Levarda
22:04 19 Jun 19
Beautiful office friendly staff and great experience . Very detailed dentist and easy to talk to. I’m happy that I got to know Dr Volk and his staff.read more

Fanny Chu
00:50 05 Jun 19
Always a great experience to Dr. Volk’s office. Everyone are so nice and friendly. The appointment for service is always on time. My whole family goes there for over 16 years.read more

Marsha Winter
00:03 31 May 19
In a beautifully decorated, conveniently located, and state-of-the-art modern office, 3V Dental offers excellent dental care. The dentists, dental hygienist, administrative office staff, and everyone associated with 3V Dental provide painless, professional, and caring dental help. There is even a flat-screen TV affixed to the wall in front of each dental chair, and that helps so much in reducing a patient's fear or possible dental phobias. This has to be the best dental practice ever! I cannot say enough good things about 3V Dental. Absolutely fabulous! Today I had a follow-up visit at 3V Dental Associates, where the dental office is painted in lovely hues of grey and lilac which impart a calming vibe. The patients' restroom is decorated with four allegorical depictions of the seasons by Picasso, and I had been aware only of Picasso's abstract style of painting. The waiting room is decorated in such an enchanted manner: a wastepaper can boasts an image of a fairytale toad with a crown atop its head and a castle in the background. Near the reception desk, the rabbit from Alice in Wonderland acts as a vase in which lovely blue and pink paper blossoms sit. But, I digress.... This is the only medical office I have ever been to in which I get expert dental care as well as a boost in self-esteem. Case in point: I happened to have had an appointment last Valentine's Day and before leaving, the office manager presented me with a rose, which I thought was so thoughtful. I feel as though I am treated as though I am a guest of 3V Dental Associates and not a patient, when I keep in mind that the noun patient comes from the Latin and means "one who suffers." There is no suffering here. There is expert dentistry practiced by wonderful dentists, and everyone associated with 3-V Dental is fantastic as well. Should you be beset by white-coat syndrome or dental phobias, leave your fear outside because once you make an appointment and walk through the door of 3V Dental Associates, you will be so happy that you did.read more

Dan Sendrowitz
23:41 30 May 19
Every visit to 3V Dental is better than the last. The staff always greets you with a warm smile and the dental work itself is always outstanding: painless and dare I say it, relaxing (Penelope is the best!). I always look forward to my regular cleanings.read more

Alexandra Allen
22:44 16 Apr 19
I got a bad crown corrected and they did the best job. My dentist had great attention to detail and they even rush ordered my new crown so that I could have the work done in time for an upcoming event. The office is extremely clean, everyone is incredibly professional, and they go above and beyond to do excellent work. This is seriously the best dentist!read more

Julie L
02:12 12 Apr 19
I have been going to 3V dental since 2001! They are the absolute best. They are very honest and conservative with diagnoses and treatment options while considering patient’s comfort level. Both Dr. Kellerman and Dr Volk are equally wonderful in their own unique ways. I could not recommend one over the other because they both are the best. The staff are quick, efficient, and professional. The hygienists are all excellent and make a huge effort to ensure your comfort while receiving treatment. I highly recommend this place.read more
Next Reviews

Request a Call from Our Staff